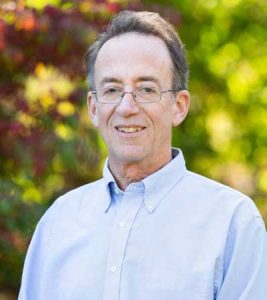 Aster Global completed a baseline soil carbon study for a farm manager curious about a relatively unknown management practice that was developed in Australia. Peter Traverse’s interest was to investigate the use of a tillage practice called keylining and evaluate its effect on increasing soil organic carbon stocks on the land he manages in the foothills of the Blue Ridge. While the practice has production benefits through water management, there is reason to believe that this technique will also result in greater soil carbon sequestration.

Years ago, when Peter farmed with his father in Vermont, one of their key concerns was keeping more of the water that fell as precipitation on the rolling hills of their land, rather than losing it to runoff.  Peter continued his research through the years and eventually ran into the practice of keylining.

The keyline concept was developed by P. A. Yeomans, who published a book about the practice in 1954. The original text of P. A. Yeoman’s book is available on the internet. (P.A. Yeoman) Mr. Yeomans was a rancher in Australia – a country where putting every drop of rainfall to productive use is one of the goals of successful farmers and ranchers.  The practice involves cultivation that is generally along the contours of the land, but not quite.  Without going deeply into the technical aspects of keylining, the plowing of the land detours slightly from contour in order to direct water away from points of concentration (natural drainages) along the slope and spread it out to the entire slope.

The keyline method involves using a specialized, narrow-bladed plow with a long shank that creates deep, continuous channels along these near-contour pathways.  The plow blades are positioned two feet apart and do not cultivate and mix the surface of the soil to much of an extent, aside from leaving a narrow channel through it.  The primary idea is to catch surface runoff and near-surface flow, and direct it both across the field and more deeply into the soil. These deep, narrow channels are eventually driven to depths of about two feet.

P. A. Yeoman’s goal was to make use of as much precipitation as possible in order to improve the soil and therefore the productivity of the land.  He points out that the keyline method was primarily developed to improve soil structure and fertility to greater depths, and it does this by encouraging a deeper root zone and its associated microbial communities. Roots grow toward moisture and like most living things, take the path of least resistance. The creation of these deep channels increases the water content of the subsoil as well as decreasing the soil’s resistance to root penetration. Increasing soil quality and fertility would always be considered a noble goal in agriculture, but in these times when there is great interest in countering the buildup of atmospheric greenhouse gases, there may be another important aspect to consider: the enhanced sequestration of atmospheric carbon dioxide in the soil.

Peter Traverse first got a chance to see a demonstration of the keyline method in Vermont in 2006, when he visited the farm of keyline advocate, Abe Collins.  The demonstration included a view of a soil profile.  What impressed Peter more than anything was that the A horizon of the soil (the productive topsoil) and root zone of the grasses were much deeper than would typically be found in the soils of Vermont, and were more similar in appearance to the fertile soils of the tallgrass prairies.  The soils were dark with organic matter to a depth of about 18 inches.  The soil even smelled differently than the typically managed soils in the state.  Peter was determined to look into this apparent increase in soil organic matter, and first sought information from academic sources.

What Peter found was that there has been little study of the practice of keylining, and certainly no study of its apparent ability to increase organic carbon content.  Some soil scientists were highly skeptical of the notion that soil organic carbon could be built up at the rates claimed by proponents of keylining.  However, unlike many of us who are outside the halls of academia, instead of being discouraged, Peter decided to commence a study himself.  His goals are to develop empirical evidence about whether keylining accelerates the buildup of soil organic carbon.  If he finds that keylining is effective, he hopes to entice formal academic inquiry of this management practice.

From a scientific aspect, it does make sense that increasing the water supply to dry soils will increase plant growth, creating large, continuous soil macropores which increase aeration and deeper root development.  The apparent speed at which these changes occur, based on a visual inspection of the soil profile, may mean there is some redistribution of soil organic matter from the shallow horizons to the deeper ones, because of the newly created macropores.  However, since this has never been documented, what is actually happening is unknown.

Before implementing the keyline method, two pastures on the Innisfree Farm, where Peter Traverse is the manager, were intensively sampled to depths of 24 inches to quantify the amount of soil organic carbon these soils hold.  Keylining has since been commenced, and the current plan is to resample the same sites in about five years, to measure the overall quantity, as well as the vertical distribution of soil organic carbon.

Trying new ideas in agriculture and spreading the word about the ones that work to other farmers is a noble path, but the possibility that this practice can also increase soil carbon sequestration may benefit far more than the agricultural community. We salute these efforts and the dedication behind them.